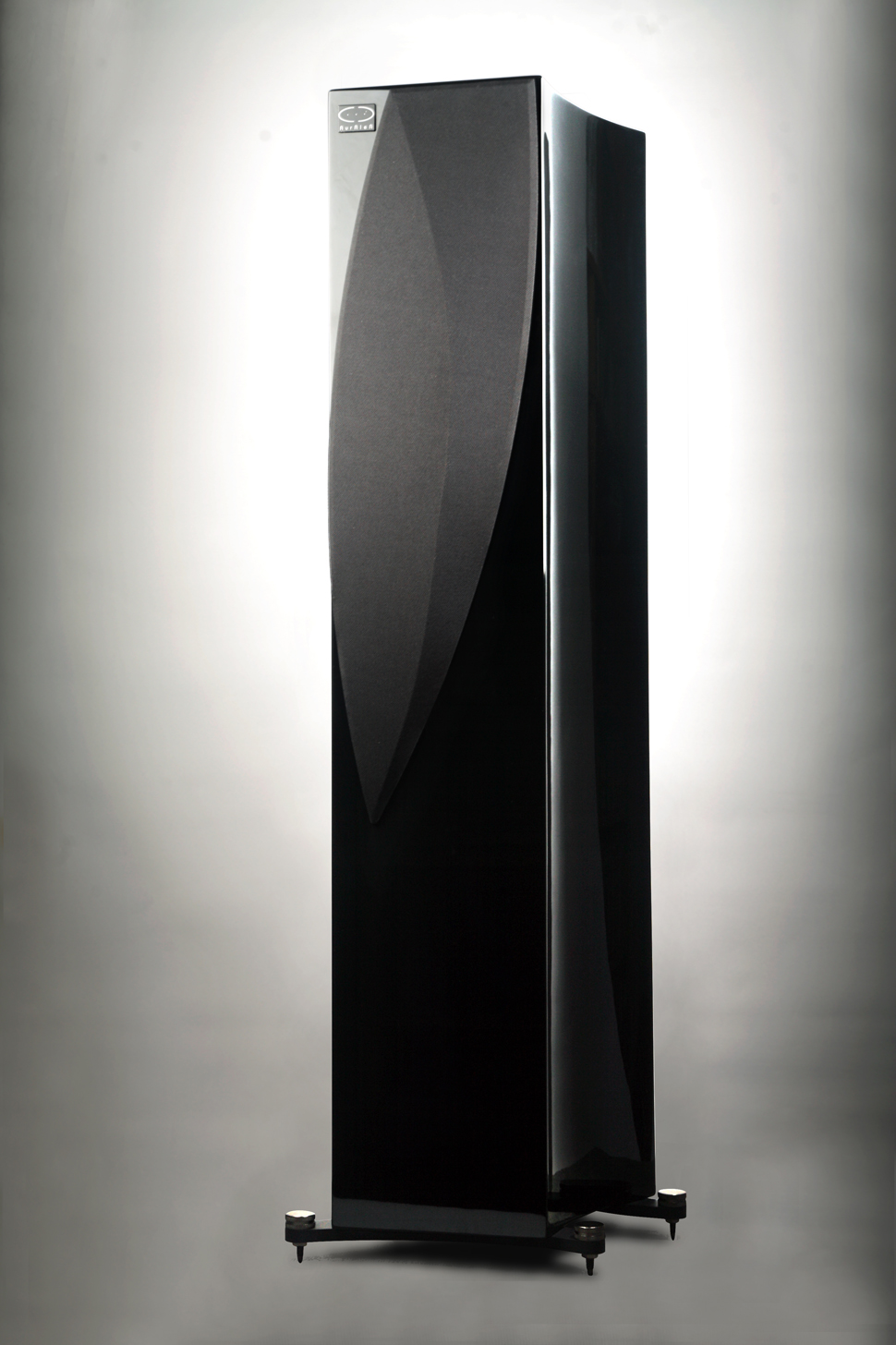 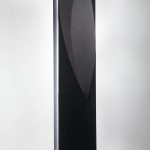 The new Auralea series from Capricciocontinuo … introduce a number of innovative features :

1) The cabinet : It introduces the new “arch dam” philosophy for the cabinet where the inner side in concave and the outer side is convex. This allows to have a very rigid cabinet structure, not unlike the “arch water dam” and to have well distributed panel resonances, due to the fact that the left and the right sides of the cabinet are different in all aspects ( curvature radius , angle , dimensions ).
Of course the cabinet is heavily braced, to damp any residual interior resonance.
The very slim nature of both the front and the rear face of the cabinet allow to have very rigid panels even considering the flat nature of these. Also, the front and the rear are not parallel, the converging angle of the front has been chosen to optimize the 3 dimensional stereo reproduction, by focusing towards the listener.

2) The crossover : “T20 Z” is a further evolution of the “T20” structure.
“Transfert 0” crossovers were first introduced by Christian Yvon , at the end of the 70’s with the Logos Dialogue speaker systems, soon to become the Goldmund Dialogue and to be followed by the Apologue etc….
One of the main ideas is to use elliptical transfer functions to “accelerate” the slope near the crossover frequency, to avoid destructive interference of the radiation, by limiting overlap.
Neville Thiele has recently published an interesting relative analysis on the JAES, in September 2000 ( Loudspeaker Crossovers with Notched Responses ) however, besides the Yvon/Goldmund applications, also Richard Modafferi in the USA has been using similar crossovers since 1987 and some articles have been published in Electronics World previously ( August 1999 ).
Also, the “Transfert 0” solutions are more evolved and elaborate than Thiele’s implementations.

The main drawback of the symmetric scholastic approaches, like the Thiele “notched” and the classic Riley-Linkwitz solutions, is the assumption of the same radiation characteristics ( identical directivity index at and around the c/o frequency ) of the 2 units, which is seldom the case.
The more “symbiotic” approach of “Transfert 0” takes into account both the drive unit transfer functions and also the directivity indexes. The “T20” crossovers, short for “Transitional Transfert 0” are an evolution of the “Transfert 0” solutions, the focus being on back-emf from the drive units.
In this implementation, a particular care has been taken of the “look back” impedance of the filter, i.e. the impedance seen by the drive unit towards the filter ( as opposed to the input impedance , seen by the amplifier ), which is very often a neglected factor.
Optimising this “look back” or reverse impedance factor, we can optimise the damping of the back-EMF of each drive unit.
The “T20 Z” structure through the “Z” type topology of the circuit, having components both in the “hot” and the “cold” connections to the driver, allows a further increase of definition and transparency of the reproduction.

3)The drive units : The tweeter is our newest implementation of our “FAST” philosophy ( Folded Aero Striction Transducer ).
It is a 3rd generation evolution of the Oskar Heil Air Motion Transformer type tweeter, in this case optimised for a frontal cardioid radiation , instead of the traditional dipole one.
The use of a Kapton diaphragm was chosen to give the best match sonically to the woofer, which also uses a Kapton voice-coil former. Besides the 3.7 : 1 velocity transformation , the important radiating surface ( de facto , if unfolded , equivalent to the surface of the woofer and 15 times superior to the one of a conventional dome ) allows for very low modulation distorsion.
The woofer is a classical 6.5” unit , using an IMN cone ( Isotact Matrix Nano ), a 5th generation mono-composite with nano-carbon enhancement.
It’s structure follows the English school with wave-damped inverted edge, as seen in the BBC monitors.
This unit has been optimised for low colouration and best articulation.
It has been voiced to match at the best the “FAST” tweeter.